WOMEN MOBILIZE NC
Women Mobilize NC is NOT affiliated with the National Women’s March and has organized each event in Raleigh independently. We are appalled by the rise of anti-Semitism and the pain and suffering it causes.

Women Mobilize NC stands with all women and members of the LGBTQIA+ community. We condemn all forms of hate and bigotry. We denounce all acts of violence and hate both locally and nationally, whether based on white supremacist/white nationalist ideology, anti-Semitism, anti-blackness, Islamophobia, xenophobia, homophobia, transphobia, racial prejudice, classism, sexism, or any other form of bigotry and oppression. We stand in solidarity with anyone who is facing oppression and discrimination, whether it is interpersonal, institutional, or systemic. We join all of our sisters and allies in drowning out the hateful noise with the voices of a diverse, intersectional, powerful and united movement. We will be marching together in Raleigh on January 26, 2019, for all North Carolina communities.
2019
"Women, Men March in Raleigh" - News & Observer, January 26, 2019

"'You Have to Keep Going': Hundreds Participate in Women's March in Raleigh" - Spectrum News

"Raleigh Women's March highlights the power of youth and the importance of unity" - The Daily Tarheel, UNC-CH 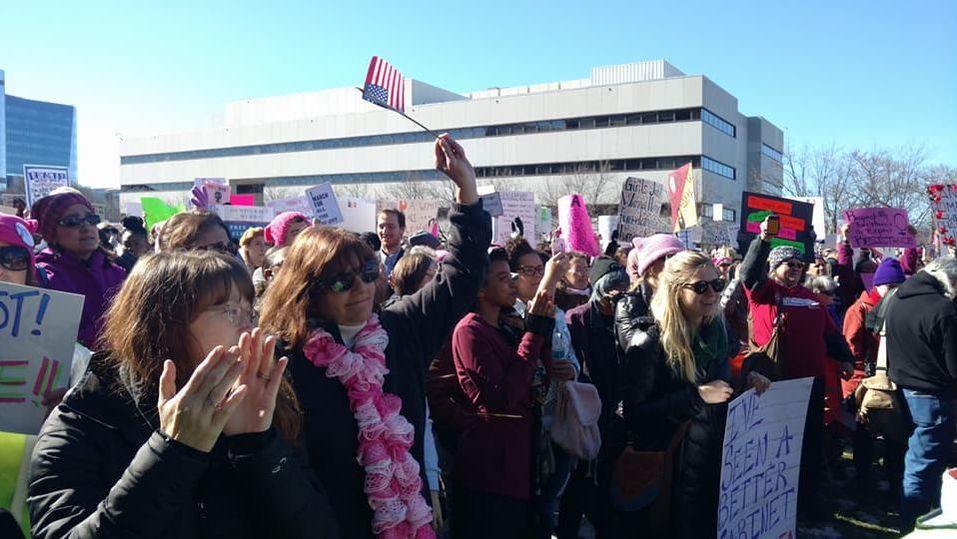